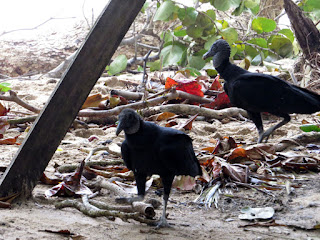 
9. Ninth in a series of short writings about our recent ecotourism trip to Costa Rica

Two-fingered sloth on the ground. I was told that “two-fingered” is the best name because the digits being counted are on the anterior limbs, thus on the hands instead of feet. Later, at the Sloth Sanctuary of Costa Rica, at Cahuita, we also got a lesson on sloth urination and defecation, bodily functions in which this one was obviously involved, or it would not have been on the ground. If you go to Costa Rica as an ecotourist, somebody will make sure you see sloths. Nobody in their wildest dreams, however, can guarantee you’d see one on the ground in the wild, near a relatively popular beach, on a Sunday. Needless to say, among the crowd that watched this one make its way across the sand and gravel to a nearby palm, in a swimming-like crawl that can only be called “agonizing,” there were hundreds of smart phone photos taken and probably sent, instantly, to friends around the world. I’m wondering how many of those pics were accompanied by the biology lesson: Hoffmanns’ two-toed sloth, Choloepus hoffmanni, on the beach after pissing and taking a crap.

Prior to this ecotourism trip to Costa Rica, my only encounter with sloths was in a village along the Amazon a couple of days downriver from Iquitos, Peru. I was with a group of students from two eastern prep schools, their teachers, including Jim Serach, a Cedar Point Biological Station alum, and one of my own doctoral students, Alaine Knipes, now with CDC. We’d stopped in this village to buy stuff. One girl was holding a baby sloth. Immediately I asked to hold it, too. Somebody took some pictures. That little sloth clung to my arm and hand; that’s the only way I can describe it.  I don’t remember ever falling in love with a wild animal as completely, and quickly, as I did with that little sloth. We asked the girl what she fed it; she answered “leaves.” We asked her what she was going to do with it when it grew up. She answered “eat it.”

A few days after the Sloth Sanctuary visit, Karen and I were having breakfast with another couple. The conversation turned to sloths, and the rationale for spending all that time, money, and human energy on the rescue of so many that were either injured or otherwise damaged in a way that prevented their return to the wild. The only answer I could provide was the emotional impact of being close to these creatures, hearing details about their biology, and staring into their faces. I was not allowed to hold any of the sloths at the Sanctuary. I am convinced, from handling many different kinds of creatures, that any kind of a close encounter changes the way we view those organisms, whether they be beautiful, soft, and brown-eyed ones like that Amazonian one eventually headed for the dinner table, or those gorgeous, but microscopic, ones seen in the intestine of some other animal. Meaningful interaction destroys fear and stimulates curiosity—no matter the participants. The big time take-home lesson from biology. 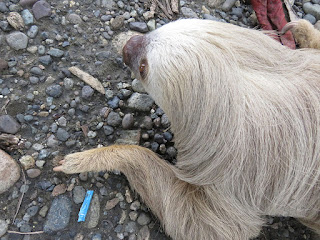 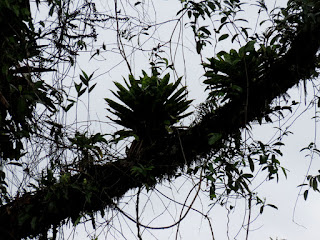